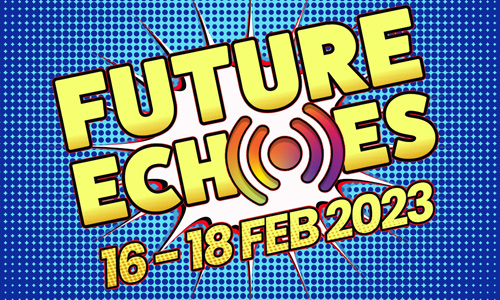 It is such an honour to be able to announce that The Drive Foundation will be out in full force February 15-18, 2023 both in Stockholm and Norrkoping, Sweden as part of the Future Echoes program.

With Chair Sandy Graham, Board Members Peter Astedt (founder of Future Echoes), Boyan Pinter (Treasurer and Spike Festival), Kayleigh Lebak (Board Advisory & Spike Festival) Gail Harvey (Ambassador/Director/Producer) and founder of Drive Foundation Michelle Titian (Moderator/Performing Artist) – we have not one but 6 extraordinary representatives on the ground participating in panels, meet and greets, performances, B2B’s and generally just spreading the word on our first group participation in Europe.

Other appearances and participation in 2023 to be announced soon.

To support The Drive Foundation on these initiatives please consider donating (no amount is too small).